Benign paroxysmal positional vertigo (BPPV) is an inner-ear problem that causes short periods of dizziness when your head is moved in certain positions. It occurs most commonly when lying down, turning over in bed, or looking up. This dizzy sensation is called vertigo. 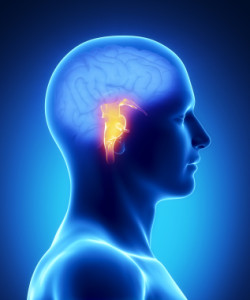 A layer of calcium carbonate material is present naturally in one part of your inner ear (the utricle). BPPV occurs when pieces of this material break off and move to another part of the inner ear, the semicircular canals (usually the posterior canal). These tiny calcium crystals (otoconia) are sometimes called “ear rocks.”

When you move your head a certain way, the crystals move inside the canal and stimulate the nerve endings, causing you to become dizzy. The crystals may become loose due to trauma to the head, infection, conditions such as Meniere disease, or aging, but in some cases there is no obvious cause. It’s possible that BPPV might run in families. Some people report that their BPPV symptoms recur predictably, perhaps seasonally or with changes in the weather.

How Can Physical Therapy Help?

No medication has been found to be effective with BPPV and, in some cases, medication could cause more harm. Fortunately, most people recover from BPPV with a simple but very specific head and neck maneuver performed by a physical therapist. The maneuver is designed to move the crystals from the semicircular canal back into the appropriate area in the inner ear (the utricle).

The most common treatment is called the Epley maneuver. The physical therapist shows you how to move your head through a series of 4 positions, with the head staying in each position for about 30 to 60 seconds. In the Semont maneuver, the body is rapidly moved from lying on one side to lying on the other.

Depending on information from your test results, you might be asked to perform Brandt-Daroff exercises, which need to be performed several times per day for several days; however, these exercises have not yet been shown to be effective in clinical trials.

In a very few cases, BPPV cannot be managed with treatment maneuvers, and a surgical procedure called a “posterior canal plugging” may be considered—but that’s usually a last resort. It’s rarely ever done.

How Does it Feel?

BPPV occurs most commonly when lying down, turning over in bed, and looking up. This dizzy sensation, called vertigo, usually lasts only a few seconds up to a minute but can make you feel like the room is spinning around you. It may also make you feel lightheaded, off balance, and nauseous.

How Is It Diagnosed?

The diagnosis of BPPV is based on whether you have a particular kind of involuntary eye movement (called “nystagmus”) and whether you have vertigo when your head is moved into certain positions. Your physical therapist will perform tests that move your head in specific ways to see whether vertigo and involuntary eye movement results. If you have neck or back problems, the therapist might use a test that allows you to lie on your side while movements are made. These tests will help the therapist determine the cause and type of your dizziness and whether you should be referred to a physician for any additional testing.

Every year, millions of people in the United States develop vertigo, a spinning sensation in your head that can be very disturbing. Benign paroxysmal positional vertigo (BPPV) is one of the most common types of vertigo. If you’ve been diagnosed with BPPV, you’re not alone—it’s estimated to affect at least 9 out of every 100 older adults. The good news is that BPPV is treatable. Our physical therapists will use special exercises and maneuvers to help.